Maximize Your Real Estate Career with Us! 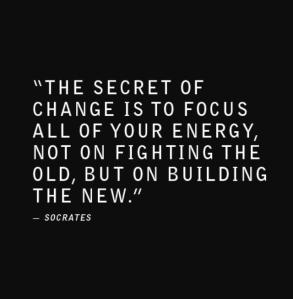 It’s often said that change is the only constant in life. Yet humans are evolutionarily predisposed to resist change because of the risk associated with it. Despite this resistance to change, it is more important than ever. Napoleon once said, “One must change one’s tactics every 10 years if one wishes to maintain one’s superiority.” In today’s society the pace of change is immensely faster, and it will only continue to accelerate.

Organizations and people that don’t embrace change are bound to lose ground and stagnate. When you are anxiously anticipating a change–or in the midst of a challenging one–grab one of these quotes to help you or your team plow through it.