Maximize Your Real Estate Career with Us!

Labor Day is a day of celebration! Labor Day was originally founded as a national tribute to honor the contributions workers have made to the strength, prosperity & well-being of our country. It is also a day that marks the end of Summer vacation and the excitement of getting “back to work” for most of us! While we enjoy our holiday barbecues, outings on the lake and time relaxing with family and friends, we also gear-up for a prosperous end of the year! The most important things to focus on when you come back to work are the systems that run your business. There are four general areas that need systems and strategies in place to run your successful real estate business.

Systems for Generating Business: How are you generating real estate clients? You should have a specific time every morning for GENERATING the business. That is your job! That is the main thing you get paid for… finding people who need your help to buy or sell real estate. Whether you use the internet, the telephone, your car, the US postal service or a combination of all of these, what you do every work day morning should be focused on this activity alone.

Systems for Servicing Active Business: In today’s real estate market, it is extremely easy for this portion of your job to tend to take up the majority of your time. It is imperative to begin this part of your daily activities AFTER you have spent your time generating new business. As challenging as it may be to get a transaction closed, once it is closed, it will behoove you to have another client ready to go (or preferably already in the works) rather than having to start from scratch. Avoid the typical “roller coaster” of production and activity in your real estate business. When focusing and honing your strategies for getting pending transactions closed, remember to include your co-op agents, lenders and closing attorneys when refining your strategies (i.e. consider a message on your voice mail that lets callers know when they can expect a return call, an auto-reply on your email with contact information or current status updates & access information on your listings, etc.)

Systems for Following up AFTER Closing: You can gain a huge percentage increase in your business year after year by developing strategies in this one area of your sales business. Think back to the last major purchase you made (a car, furniture, a computer system, home theater system, etc.) have you heard back from the salesperson that sold that item to you? What kind of an impression would that have made on you in terms of future or referral business? Simply sending a hand-written thank-you note to ALL the parties involved will greatly enhance your business. There are many other ways you can service your clients and co-op agents and other parties AFTER the close of your real estate transaction.

Systems for Following Up LONG TERM: Long Term follow up is another area of your business replete with opportunity for more sales! How systematic are you in following up with your past clients? Co-op Clients after the sale? Vendors to whom you give business? If you have not contacted a past client in a while (a LONG while) pick up the phone NOW! They DO NOT know that you should have been in touch with them on a regular basis! Chances are, if they are still living at the same address (wink wink) they will be delighted to hear from you! What about your co-op agents… perhaps they are out of business and would love to make money from the referral fees you give them from THEIR past clients! Your favorite inspector has made a lot of money from the clients you have sent his way, have you asked him whom HE knows who needs to buy or sell? Do you contact people on their birthdays (the closing attorney gets a copy of the parties’ drivers licenses!) There are so many opportunities to make an impression and offer your services to help people with their real estate needs!

It is vitally important for you to have systems and strategies in place in every aspect of your business for enhanced real estate sales! Not only will you get more business, but you will also alleviate some of the stress you feel from the frenetic way you are handling your career. If you have systems in place, Labor Day is a good time every year to evaluate your checklists, organization, procedures and policies that operate your real estate business!  These systems will contribute to the strength, prosperity and well-being of your real estate sales business! 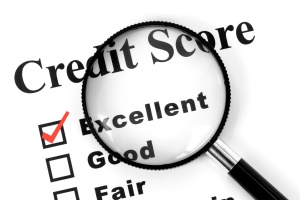 WASHINGTON (August 8, 2014) – The following is a statement by National Association of Realtors® President Steve Brown:

“Realtors® welcome today’s announcement from Fair Isaac Corp., or FICO, that it will no longer penalize borrowers for certain debt-collection activities when calculating credit scores.

“This move will ultimately make a real difference in the lives of millions of Americans, who have been shut out of the housing market or forced to pay higher mortgage interest rates because of flawed credit scores. Since the housing crash, overly restrictive lending has been the greatest obstacle to homeownership.

“NAR will continue to support efforts to broaden access to credit for qualified homebuyers.”

The National Association of Realtors®, “The Voice for Real Estate,” is America’s largest trade association, representing 1 million members involved in all aspects of the residential and commercial real estate industries.

A move by personal credit score provider FICO to leave out or discount medical debt from its scores will boost the credit record of many borrowers, while helping lenders to better assess risk.

The company, formerly known as Fair Isaac Corp., said last week that overdue medical payments that have already been settled will be ignored while calculating credit risk.  It will also discount overdue medical payments yet to be made under the new scoring model, helping improve the median FICO score for consumers who mainly have unpaid medical debts by 25 points, the company said in a statement.

The new scoring system will do a better job of identifying risky borrowers and help subprime lenders mitigate the risk of doing business with such borrowers, said John Ulzheimer, a credit expert and a former FICO employee.  Consumers end up with medical debt for different reasons than they incur other debt, such as home loans or credit card debt.

For instance, confusion about the amount covered by insurance companies related to medications or procedures sometimes means individuals do not realize they owe money.  After a debt collector calls, they might pay the debt immediately but still take a hit to their credit score, according to the U.S. Consumer Financial Protection Bureau (CFPB).

The FICO score changes will address that by weighing medical debt less heavily than unpaid credit card debt and other collection information, according to the statement.  However, the impact on lenders from the changes remains uncertain.  “I am not exactly sure what impact this is going to have on subprime lenders, because for the score to be meaningful to the customers, the lenders have to actually start using that score,” Ulzheimer said.

Citigroup Inc’.s consumer finance unit, OneMain Financial, and Fortress Investment Group LLC subsidiary Springleaf Holdings Inc. declined to comment on the impact of the new scoring system.  The FICO change comes after the CFPB said in a report this year that credit scores overly penalize people with medical debt compared to other types of debt. “Given the critical role that credit scores play in consumers’ lives, we welcome steps by industry to adjust how it weighs medical debt in order to be as precise as possible in predicting the creditworthiness of a consumer,” a CFPB spokesman said last Friday.

The new score will be available to lenders through the U.S. credit reporting agencies starting this fall, FICO said.

The Story of Big Rocks

The Story of the Big Rocks*

One day, an expert in time management was speaking to a group of business students. As he stood in front of the group of high-powered overachievers he said “Okay, time for a quiz” and pulled out a one-gallon, wide-mouth Mason jar and set it on the table in front of him. He also produced about a dozen fist-sized rocks and carefully placed them, one at a time, into the jar. When the jar was filled to the top and no more rocks would fit inside, he asked, “Is this jar full?” Everyone in the class yelled, “Yes.”

The time management expert replied, “Really?” He reached under the table and pulled out a bucket of gravel. He dumped some gravel in and shook the jar causing pieces of gravel to work themselves down into the spaces between the big rocks. He then asked the group once more, “Is the jar full?” By this time the class was onto him. “Probably not,” one of them answered. “Good!” he replied.

He reached under the table and brought out a bucket of sand. He started dumping the sand in the jar and it went into all of the spaces left between the rocks and gravel. Once more he asked the question, “Is the jar full?” “No!” the class shouted. Once again he said “Good.”

Then he grabbed a pitcher of water and began to pour it in until the jar was filled to the brim. Then he looked at the class and asked, “What is the point of this illustration?”

The truth this illustration teaches us is: “If you don’t put the big rocks in first, you’ll never get them in at all.”

With apologies to the unknown author, we ask the question “What are the Big Rocks in your business?” By focusing on the business objectives-the Big Rocks-we can then layer on the appropriate strategies and tactics to accomplish your goals.

Back to School: Lesson Plans for Real Estate